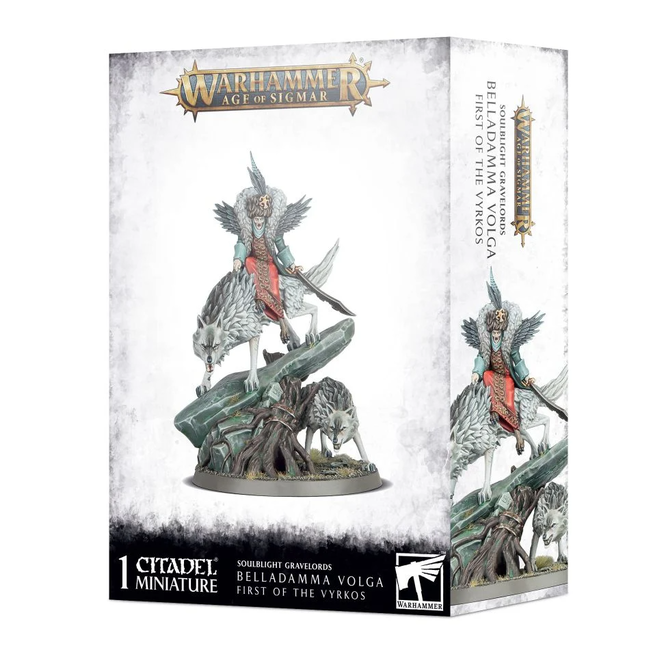 Little is known of the mysterious First of the Vyrkos. Lees meer..

Little is known of the mysterious First of the Vyrkos. When she and her lupine packs hunt, the enemy is overcome by a storm of savage claws and slavering fangs, their champions hideously transfigured by the cruel and ancient matriarch.

This ancient Soulblight vampire is as deadly as they come. Her scimitar and lupine companions reap a fearsome tally, but Belladamma is also a skilled practitioner of magic and a master of the Lycancurse, transforming her prey into Dire Wolves under her command.

This 27-part plastic kit makes one Belladamma Volga model (including her mount and accompanying wolf) and comes supplied with a Citadel 60mm Round Base.

Little is known of the mysterious First of the Vyrkos.