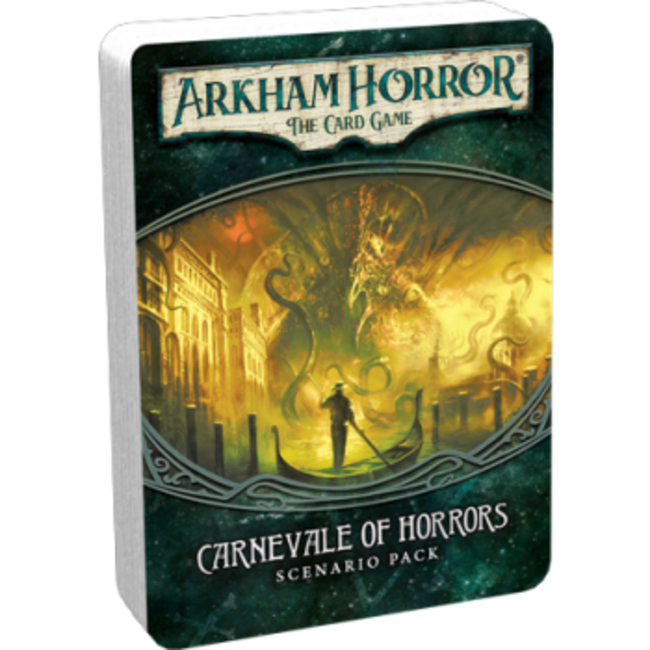 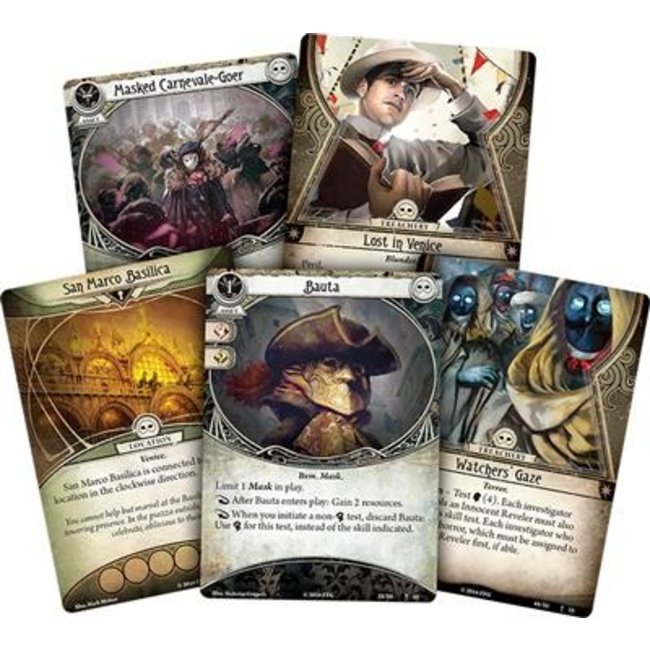 Carnevale of Horrors is a unique, sixty-two card, standalone scenario for Arkham Horror: The Card Game. Also playable as a “side story” in your extended campaign, the adventure from Carnevale of Horrors carries your investigators across the Atlantic to the city of Venice. There, as countless masked revelers partake in the city’s Carnevale, they must race to unmask a foul conspiracy. Shadows envelop the city, and something terrible rises from the lagoon. The investigators must not fail, or the city is doomed!

• A standalone adventure for Arkham Horror: The Card Game
• Sixty-two cards provide investigators all they need to unmask a thrilling Venetian conspiracy
• Comes with rules that allow you to insert it into your campaign as a “side story”
• Features five new player cards—one powerful new ally and four mysterious assets
• Made available via FFG’s in-house manufacturing

This card game is in English. 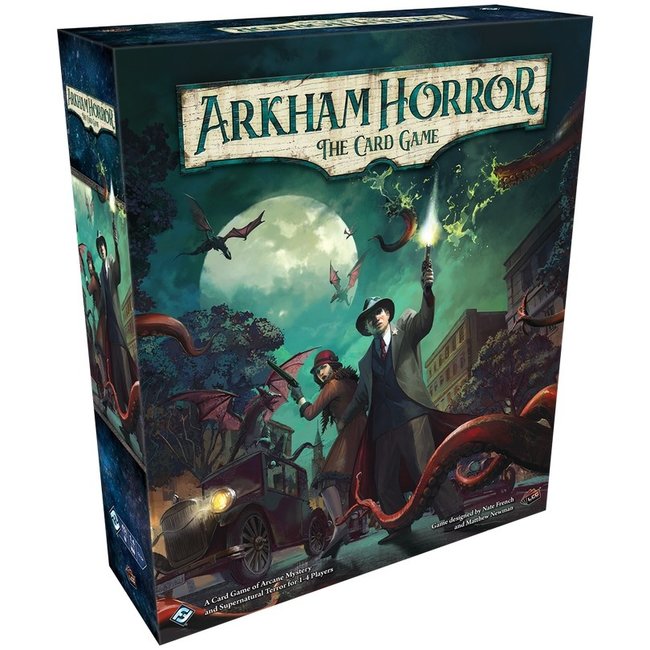 Carnevale of Horrors is a unique, sixty-two card, standalone scenario for Arkham Horror: The Card G..